Hi Tina, Hi Tommy! Thank you for granting this interview and sincere congratulations on your ‘Outstanding Performance’ Award as an Ensemble! You played two of the characters in the film ‘Diamonds & Rust’. What should the audience expect to see?

Tina: The audience should expect to see a family coming off the rails as they discover the matriarch Alice, yours truly, is dying and she has made some significant changes to her will that leave everyone scrambling for normalcy. The booze and the rage amplify the heartache of a family missing a key ingredient – unconditional love.

Tommy: Thank you! We’re honoured! D&R is a dark comedy and family drama about a wealthy matriarch facing impending death which sparks a family meeting where truths are revealed and tensions arise. Along with terrific writing and strong ensemble performance, the audience will see a film exquisitely shot by cinematographer, Jordan Parrott.

Tell us more about your characters. Who are Alice and Steven? What is their personality like?

Tommy: Steven is the youngest child. He has been sustained by good genes and an ongoing allowance but riddled with an evident drug problem and overly ambitious business ideas which never seem to materialize. He is spoiled and entirely self-absorbed with no real comprehension of the gravity of the situation of which he’s entering. He’s awful, really, but it was so enjoyable to play him.

Tina: Alice is still seething from the fact that the love of her life (Donny) left her for another woman. Most days she is filled with much bitterness and vodka. And as an empty nester who has now been diagnosed with a serious illness, it’s more apparent than ever that she made some mistakes as a mother. The “kids” don’t call, nor visit so perhaps Alice was a bit too successful with her tough love approach. She questions whether she gave them too many riches. Regardless, Alice is now determined to fix all that. And that’s where we enter the story.

What did each of you do to prepare for the role? Where did you get the inspiration from in order to give depth to your character?

Tina: Ashley gave some hints as to the tone of Alice and the story with some film references. One I particularly paid attention to was Who’s Afraid of Virginia Wolf. Elizabeth Taylor’s boozy, raging character has a deep emotional bottom much like Alice. Similarly, both women have no verbal filter. Also, I did a lot of research around Alice’s illness and the effects of certain medications she was taking.

Tommy: For this particular role, I did a lot of character introspection. Steven’s motivation is completely fear-based. Primarily, his fear of financial insecurity stimulates a loss of status which is his sole identity. I knew this motivated every muscle in his body and word out of his mouth, so fully acknowledging this was paramount. Additionally, the script called for Steven to be in peak physical form, so I trained in the weeks leading up to the shoot. Needless to say, following the shirtless scene, I basically lived by crafty. Adam can surely attest to that!

Tina: “I don’t know where the money will go because I really don’t like any of my children” That line on the surface seems so cold and yet, it forced me to find the emotion underneath those words, the deep loss and betrayal Alice feels. She needs desperately to be a good mother because Alice knows she is to blame for the selfishness in her adult children. 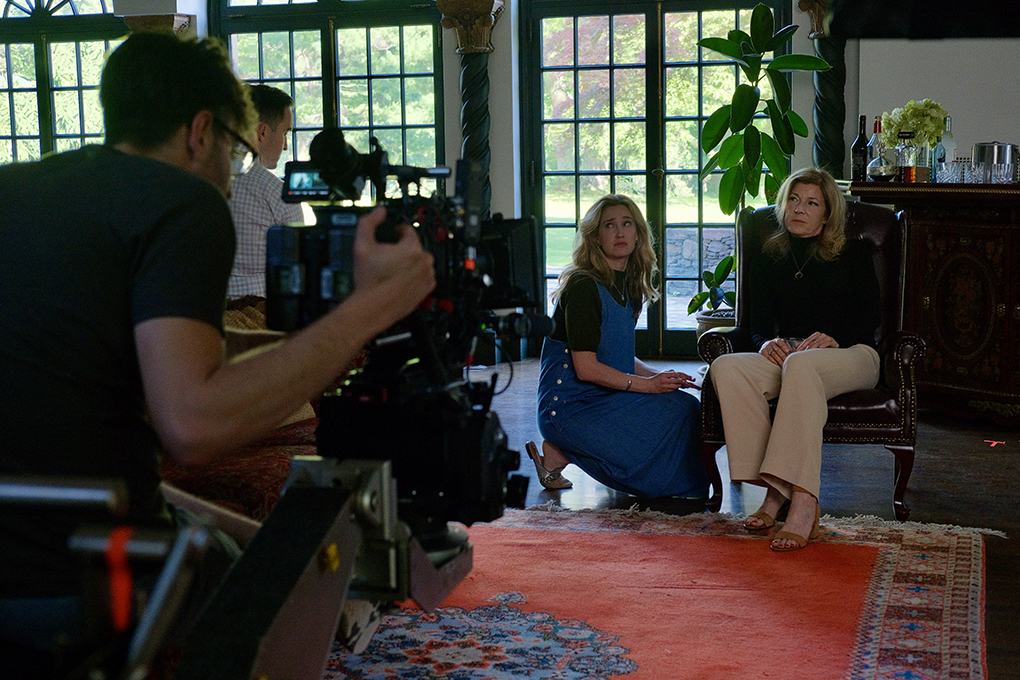 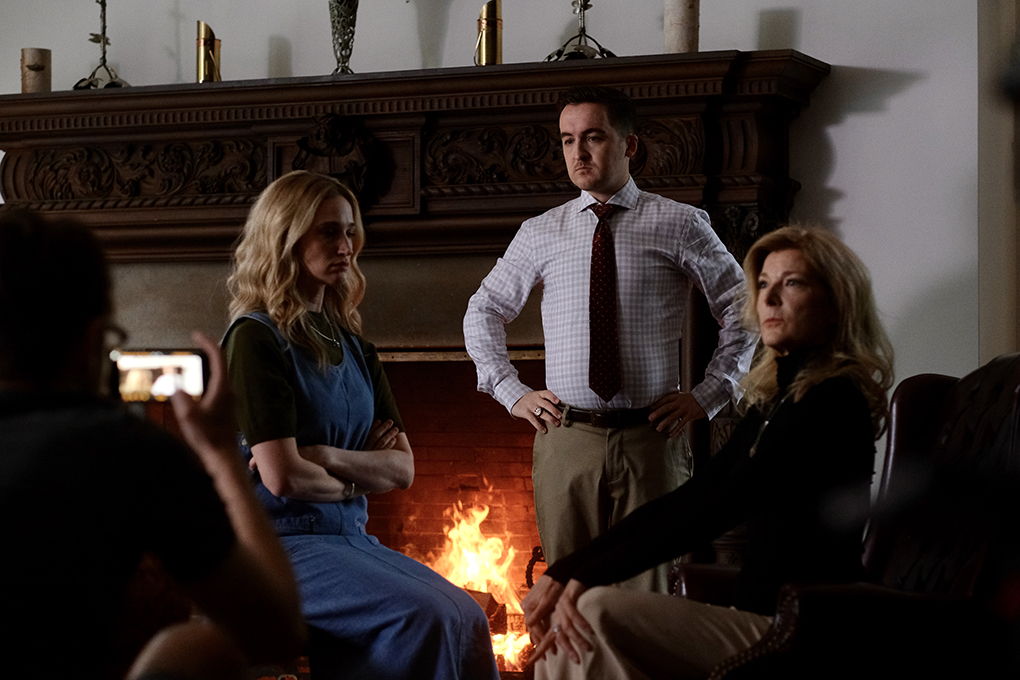 What did you enjoy the most about playing your character and why?

Tina: I love that Alice doesn’t have a filter and ultimately is not influenced by what her ex or the kids think she should do but stands firmly in her role as the matriarch. Also, I enjoyed discovering what need is driving a woman who appears to be so angry, cold and shaming.

Tommy: I hated Steven when I originally read the script. But I loved to hate him and I wanted the audience to have the same experience. The joy was in pursuit of a very real challenge: Portraying him truthfully awful, but still likable by the audience.

Tommy: Our location was incredible! We filmed inside the Spanish-Colonial mansion on the Rushmore Estate. It’s on 50 private and pristine acres in Hudson Valley named after Charles Rushmore (of Mt. Rushmore). The history is interesting and the beauty made us not want to leave!

Tina: Thankfully, Ashley loves good coffee as much as I do and since we weren’t staying at a Four Seasons, the coffee was no doubt going to be – how shall I say – watery. But Ashley brought her espresso machine upstate and set it up in the motel room, playing the role of barista prior to our morning van pick-up. Another reason I LOVE her.

‘Diamonds & Rust’ is written, co-produced and directed by Ashley Rebecca Farley. Did you know her before or was this your first time working with her?

Tina: No, in fact I auditioned from Los Angeles where I was working at the time. I did all my auditions via self-tape and then met Ashley via Skype.

Tommy: My team got the breakdown and decided it sounded like an interesting project, so we initially reached out. I first met Ashley rushing into the audition after running late from another appointment. They had no more slots left, but she kindly ushered me in to quickly read, which she didn’t have to do, but I’m very glad she did. Ashley is a wonderful director. From the first bit of correspondence, she conveyed a crystal-clear vision of every element. When you’re on set, especially under the stresses of time while hitting speed bumps, people’s energies are revealed. What I loved most was her composure and how contagious it was. I hope to work with her again.

Let’s talk about the Cast. How was it to play along with your colleagues Adam DeCarlo, R. Ward Duffy, Allison Poccia and Patricia Mauceri? What is the key to a homogeneous and successful Ensemble?

Tommy: Allison and Adam were a riot. They play my sister and brother, and of course we had a ball adopting a bit of that sibling dynamic even when the cameras quit rolling. It was an honour working with Patricia, Tina, and R. Ward, who are all seasoned and accomplished, not to mention lovely people. There was an immediate connection amongst all of us, which helped seal the family chemistry necessary for the film’s context. That’s vital, really, regarding an ensemble…Connection and chemistry.

Tina: Preparation is the key especially when you don’t have a lot of days to shoot. Everyone showed up ready to go with great passion for their role and the story. That combined with lots of blocking rehearsals with Ashley created a beautiful flow on set. 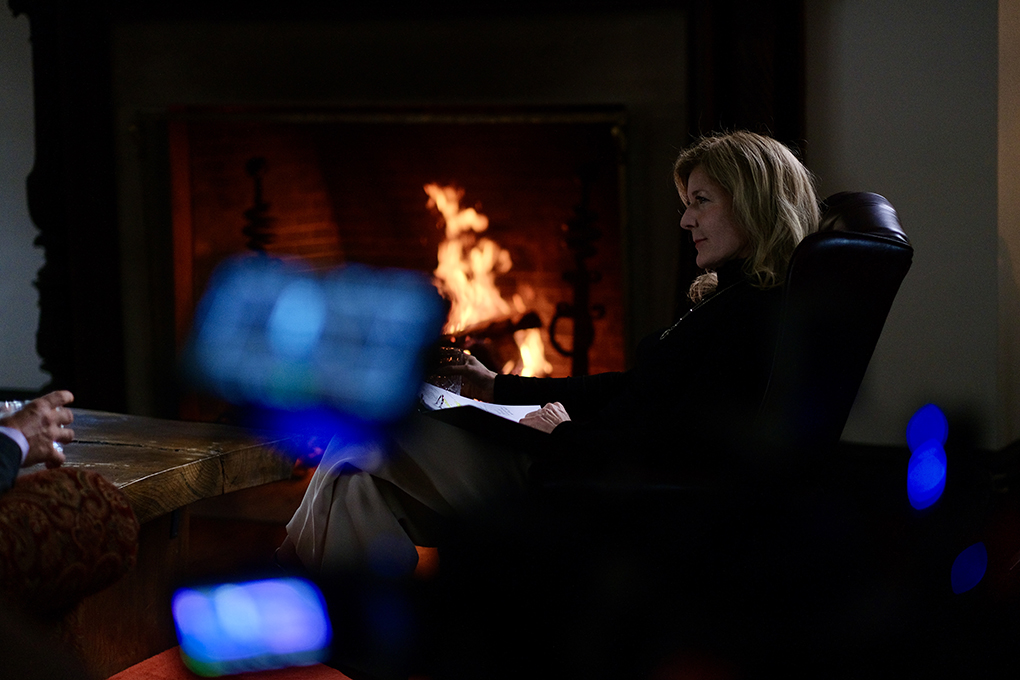 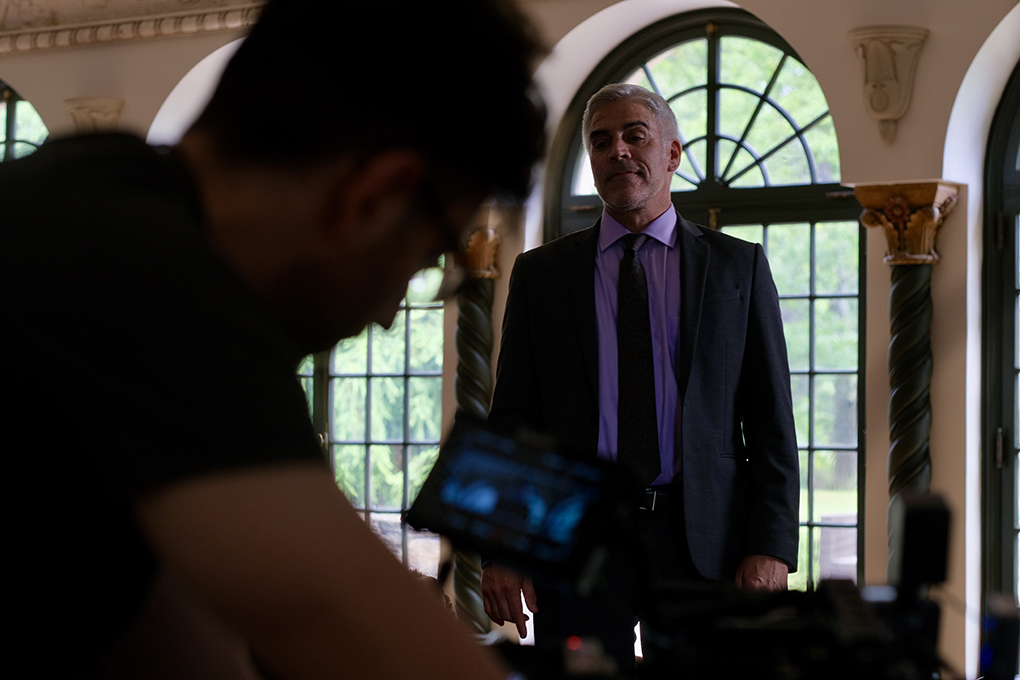 What is the message that ‘Diamonds & Rust’ and/or your character conveys?

Tina: Alice wants to do something right before she dies, her children hold her actions as a betrayal and punishment but Alice sees it as her last chance to raise dignified children. There is also a message about how loss can wake us up to what’s really important. Rather timely, right.

Tommy: Priorities inform character. And money means nothing. Rosa has this wonderful line at the end of the film: “All of these things, these fancy things… They’re all going to be burnt up anyway.”

What are you currently working on? Is there any upcoming project you would like to share with us?

Tina: I am developing my recent memoir, Hiding Out (HarperCollins) for the screen and finishing up post on a film I act in and wrote called Mind Games.

Tommy: I have a few movies coming out this year: “Lost & Found” (which is actually written, directed, and starring Adam DeCarlo who played Phillip) stars Robin Lord Taylor and is on the festival circuit, “A Case of Blue”, a New England period piece “Alice Fades Away” starring William Sadler, and “Three Pregnant Men” which just released last week on Gumroad.