Hi, Shelly! Thank you for granting this interview and sincere congratulations on your ‘Outstanding Performance’ Award! You wrote, produced and played the lead actress in the film ‘White Ink’. What should the audience expect to see?

Thank you so much for this honor! I am super excited to have the opportunity to talk about the project (my baby) and the work. It feels very strange to be talking about myself and celebrating while the world is – in some instances – “literally” on fire…but here we are!

I had the privilege of writing, producing and playing the lead role in White Ink; a story about love, friendship and “that” moment in your life when you decide to own who you are- 360 degrees- no matter the consequences. I wanted to build a world, just like the “real world” where women feel, cry, laugh, build, destroy- are human!

Audiences can expect an honest portrayal of female friendship, the complexities of rites of passage, a few silly laughs and hopefully to see themselves- mirrored in that moment where you show the person you love- your soul, and the fear and excitement that comes with it.

You’re playing the role of Louisa in ‘White Ink’. Tell us more about your character. What is her personality like?

I feel in love with Lou! She is NOTHING like me (well, I guess we are similar in some instances) but, I am loud and walk this life with my heart on my sleeve- she is quiet and guards her heart with everything she has at her disposal. It was exhilarating to see the world through her eyes, to practice pause, and try to understand (and build) why she lived that way.

I wrote many parts of Lou’s life, and in each of those pieces I felt a connection to her that I have not felt with other characters (granted I wrote her), but as every writer knows; once you give your character to an actor they find all the missing pieces you DIDN’T know were missing. And that was my experience with Lou, I wrote her and thought I knew who she was; then I changed hats only to realize I had no idea.

This was the first time that I wrote and played the lead role in the same project and the two experiences were great in their own way- but I gotta say that finding all the hidden pieces of Lou’s soul was pretty amazing!

Lou’s preparation was different as well. Usually I am coming into a project as an actor, and I do not have to worry about anything else- so all of my time and energy go towards building that world, finding them, end eventually merging with them.

This time was a little bit different (A LOT different). I was also producing the film with the support of my amazing co-producer Noelle Urbano (to whom I owe so much!) during production she allowed me to become Lou and carried the weight of EVERY-LITTLE-THING that came up during the day; and for that I am eternally grateful.

Having to care for your team (when producing I feel everyone is my “child”) to worrying about food, and transportation, and equipment, and budgets, and safety, and all the other things you juggle at the same time- and finding the time for Lou, was challenging. As I said before, after writing her I thought I knew her…and I so did not!

I am a Meisner trained actor, and I gotta say- I love building the worlds in my imagination. I did a lot of projections, day dreaming and meditation; I actually started to meditate more because of Lou- I wanted to find the stillness she inheritably brings and found meditation very helpful. I got off book- I know it is so basic, but I can’t tell you how many actors I have worked with in big projects where they show up not knowing their lines- SO I AM INCLUDING IT AS AN IMPORTANT STEP!

I did all of the other “actor” work you do on a script, as if someone else wrote it; went into discovery mode (one of my other fav steps) and got to work. I am a person that “prepares”, I did so for a few weeks prior to production and it paid off! because the last days of pre-production and during production the only thing I could do is “trust” that she was there (because there was time for nothing else). So what sis I do…PREPARED like there was no tomorrow and then threw it all out :). 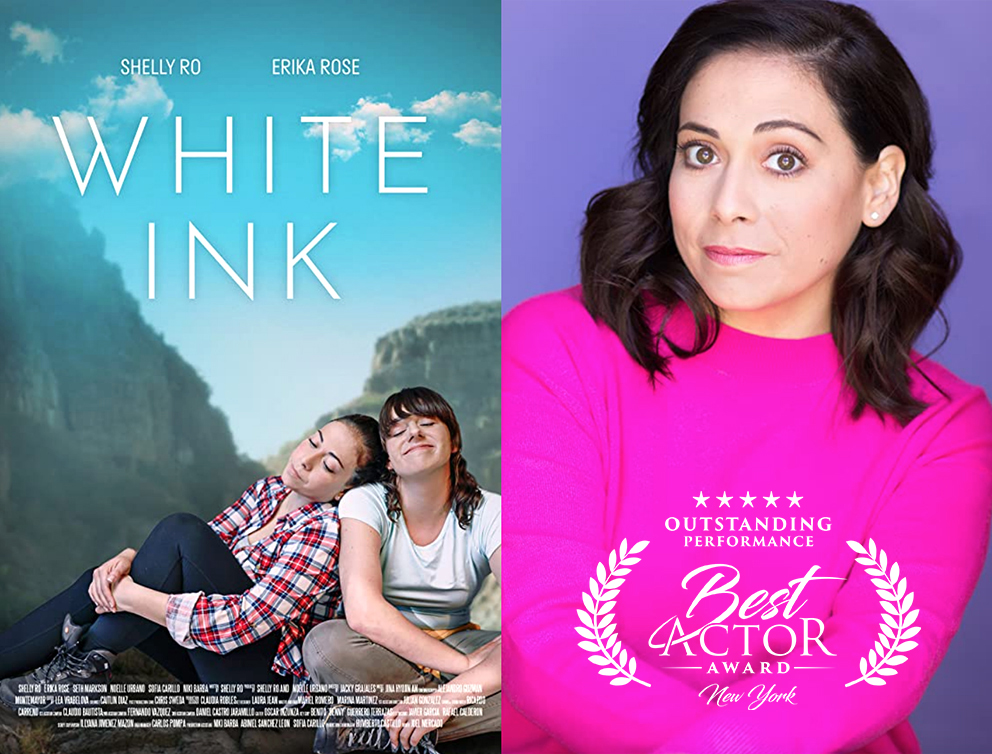 This line is almost a whisper but I found it to be the pivotal moment for Lou. I wanted to make sure I did it justice, we shot that day next to a waterfall in 98 degree heat, going up and down for every take; I was exhausted, but the weight and importance of this line kept me going- I know it is silly to think of a “1 word” holding you up, but silly or not- it did.

The thing that I enjoyed the most about working in the film- I have to say ACTING! because it is, to me, the most wonderful thing in this world. But my team comes in as a tie- I loved getting to build a team of beautifully talented humans that were as invested in Lou & Sophie’s story as I was and going through the entire process with them.

What I loved most about playing Lou was experiencing the importance of silence and bringing that a little bit more into my life. And of course, getting to play a “woman” in ALL the extent of the word, a complex character and her story and not just adorning someone else’s.

There are so many little fun facts about shooting a film in Mexico with half our team from there and the other half from the US, not everyone being bilingual was a perfect storm for fun/hilarious misunderstandings and the kindness and flexibility that came with it. A shout-out to the snake-wranglers (our invaluable team members) that can let you know when a snake is 100 feet away just by ear! 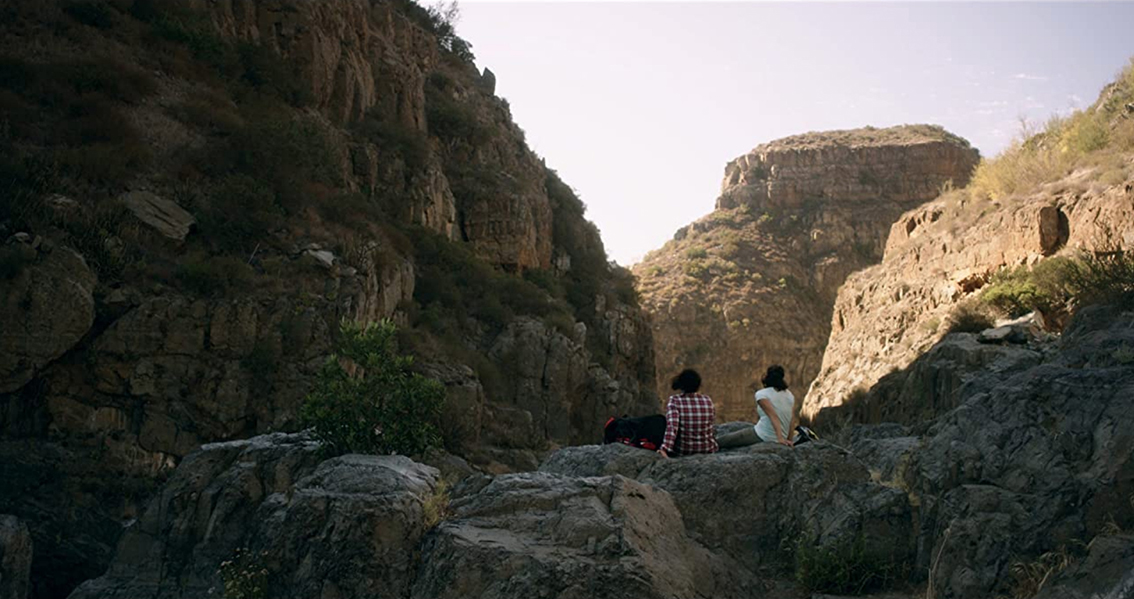 The co-star/supporting actor of the protagonist often has a crucial importance in telling the story. Did you know your co-star Erika Rose before, or was this your first time working together?

First I have to say that Erika Rose is one of the most talented humans I’ve ever met. I had the privilege of building Lou & Sophie’s life with her and I can’t say enough about her heart, willingness and work ethic.

This was the first time working together. We had worked with the same people but never each other, when I finished writing the script I started thinking about casting- in doing so I re-read the script from the point of view of Sophie and I was not done with the first page when she popped into my brain (I had not seen her in years).

I sent her the script, and without hesitation she said yes! We work very similarly so it was smooth sailing from the start. I will forever cherish the uncomfortable moments, the hours trying to find the why and the truth of our interactions- I do not think “my” Lou will be who she is without “her” Sophie.

What is the message that your film and/or your character convey? What is the true meaning of the white ink tattoo Louisa and Sophie have?

The message of the film is acceptance and love. Accepting and loving who you are and doing so for those around you. (cryptic enough?)

The tattoo has different meanings depending on who you ask. One super interesting thing about the end of the film is that everyone I know interprets it depending on THEIR experience, and since the tattoo is part of that ending it is connected to your experience.

From the writer’s perspective, the tattoo came in as a physical reminder of a shared experience- a place in time where it is just US. And for Lou (as an actor) it was completely different. You get to decide. 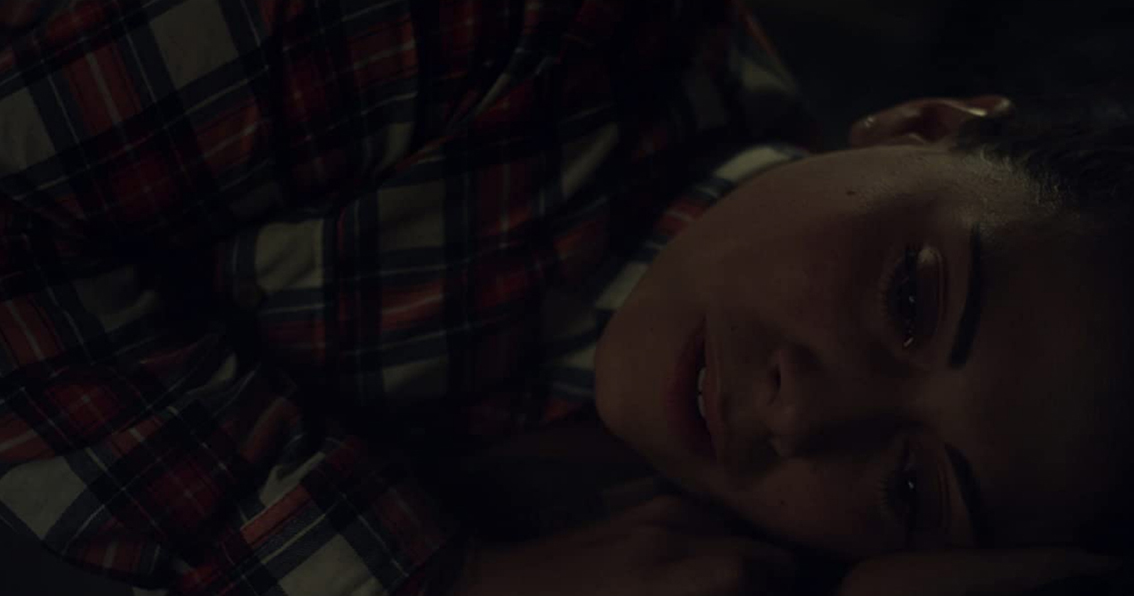 ‘White Ink’ has a brilliant open ending, in fact right before the end credits the audience can hear Louisa call Sophie from what sounds like a microphone. Without giving any spoilers, could you tell us something about your choice?

This was actually one of those little things that you battle with from conception to final cut. For me it was important to let Lou & Sophie’s relationship breathe; to know that your world can come crushing down, you can get what you wanted, or seemingly loose everything you every loved- and still- life goes on. It was my way of reminding you that “Taking the risk” of owning who you are might be scary, and even if the worst comes true…this too shall pass, and you will be stronger and better for it.

I am currently in pre-production for a horror/sci-fi film “Carly” this is the first time working in that genre so I am excited- and scared- but good scared, the kind that makes you push harder and grow. I am playing the lead role, I am that lovely little place of creating my worlds and who she is- having the best time.

In between films, I host a podcast in Spanish called “Las Moiras” about the place of women in mythology and legends, the intersection with pop-culture and drinks! If you speak the language or would like to practice your High School Spanish you can find it on all podcast platforms and youtube. instagram: @lasmoiraspodcast