Hi, Daniela! Thank you for granting this interview and sincere congratulations on your ‘Outstanding Performance’ Award! You played the lead actress in the film ‘The Widow’. What should the audience expect to see?

Thanks so much – what an honour!

‘The Widow’ centres on a Sicilian woman, Luisa, who finds her self in a foreign country, alone and ostracised. Australia in the 1960’s was bustling with fresh Italian influence, but divisions between the Calabrese clan and the Sicilian clan still played out. Luisa finds herself at the receiving end of this friction and needs to dig deep emotionally & physically to escape it’s wrath. We watch as love and desire embroils her and how revenge and determination save her.

Tell us more about ‘Luisa’, your character. What is her personality like?

Luisa is proud, strong and capable, but also seeks love and connection. She is a woman with a painful past that she holds close to her chest. Determined, fierce & intuitive, are also words that come to mind when I think about her. Luisa is a survivor. 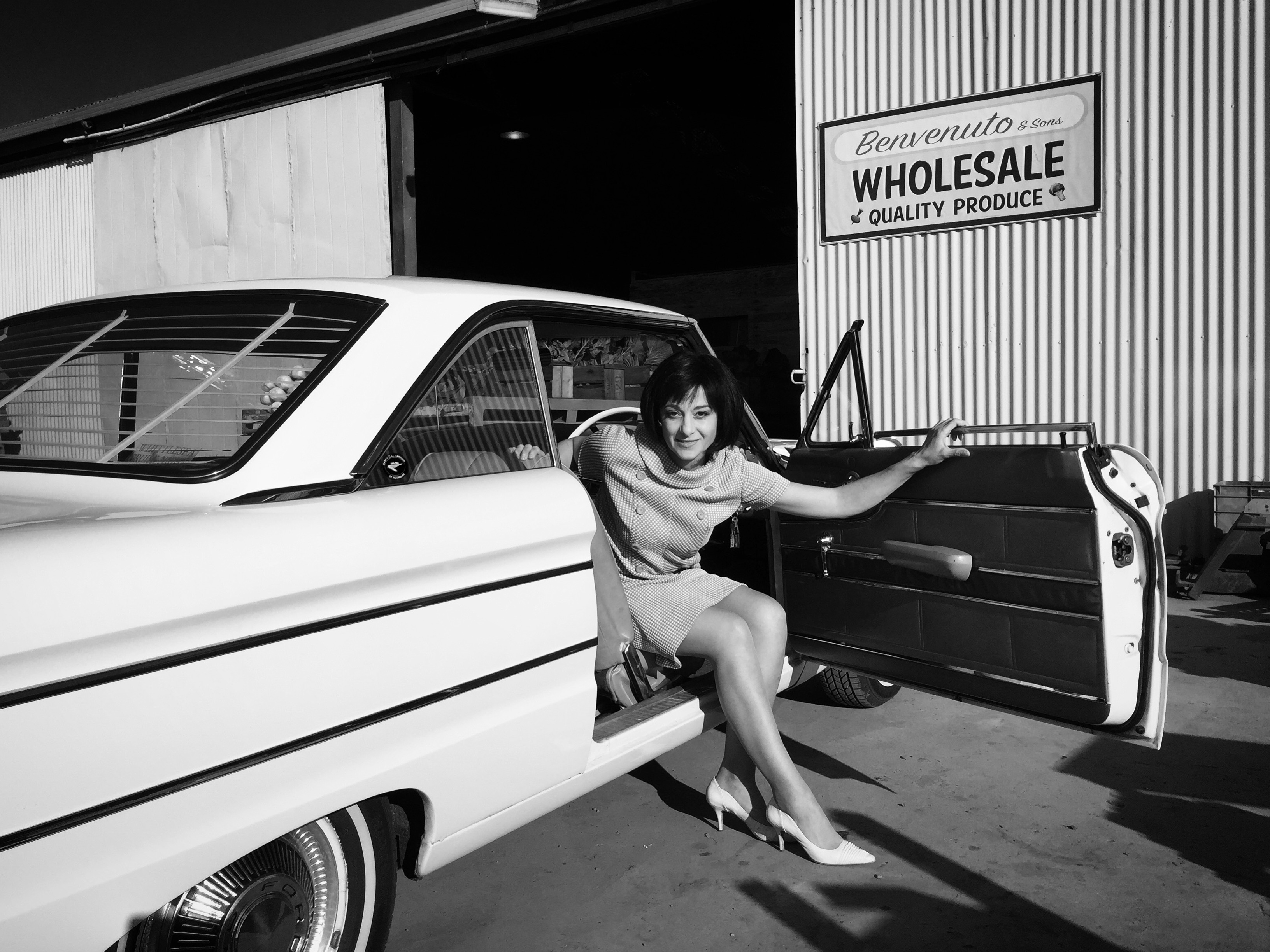 Firstly, I spoke with the writer/director Brendan Young at length – listening to him about his vision for the piece. He had researched & thought about the story at length, so was an absolute wealth of information and inspiration! Then there were images & movies from the time – 1960’s Italy & Melbourne – to glean information about style, genre, tone, colours, postures etc. I also spent some time studying the Sicilian-Australian dialect of that time and region – developing Luisa’s voice.

This line marks a definite turning point in the movie – Luisa has been deeply betrayed and she will seek revenge.

What did you enjoy most about playing ‘Luisa’?

I absolutely relished the opportunity to hold the title role – to flex my acting muscles across a character that offered me such scope emotionally & psychologically. A strong female lead of a certain age – what a gift!

Do you have any on set stories you can share?

This film was made on the smell of an oily rag – it was a very low budget. So it was “all hands on deck” and many begging of favours from family & friends. I distinctly remember the Co-Producer’s sister singlehandedly serving everyone lunches.

My children had to join me on set one day too – it was Mother’s Day & they wanted some quality time with me!

The costumes and set designs in ‘The Widow’ are simply amazing. How important are these aspects for an actor to elaborate and give life to a character?

Absolutely vital! My process as an actor is to fully embody a role, and costume is a large part of this for me. It informs many physical characteristics – how one ‘moves’ in one’s skin is very telling of character. Many of the costumes were made by hand by Cathy McQuade (Co-Producer & Composer), so they fitted like a glove!

How an actor is able to move spatially around a set is also very important – to “own” it & interact in it as if no one is watching, but with a sixth sense for the camera lens. Allowing for observation, but not playing as if being observed.

‘The Widow’ is written, produced and directed by Brendan Young. Did you know each other before or was this your first time working together?

This was our first time working together. We were introduced by a mutual friend, Frank Lotito (fellow actor and Executive Producer on the film). Brendan Young asked to meet with me for a coffee and then proceeded to talk to me about this role that he had in mind for me. I was riveted by Brendan’s passion for genre & his encyclopaedic cinema knowledge. I trusted him innately and sensed that there was a genuine artistic integrity to his work. What began that day was a long-term collaboration.

What is the message that your film and/or your character convey?

What we are capable of when under pressure to survive, may surprise even ourselves. And, no matter how strong our experiences have made us, we are ultimately human – needing of connection & love. The will to survive & the will to love, may at times, be at odds!

I have just recently finished playing the lead role in the Australian premiere of ‘Oil’ by UK playwright Ella Hickson. This was a very enormous & satisfying adventure!

I am now enjoying some Summer holiday time with my family before I begin preparation for another play premiere in April called ‘Archimedes War’ by Australian playwright Melissa Reeves.

I know Brendan Young has also recently completed the first stage of the feature-length screenplay of ‘The Widow’, so I hope to extend on Luisa’s journey in the near future too!